8 Must-Visit Destinations For Any Photographer 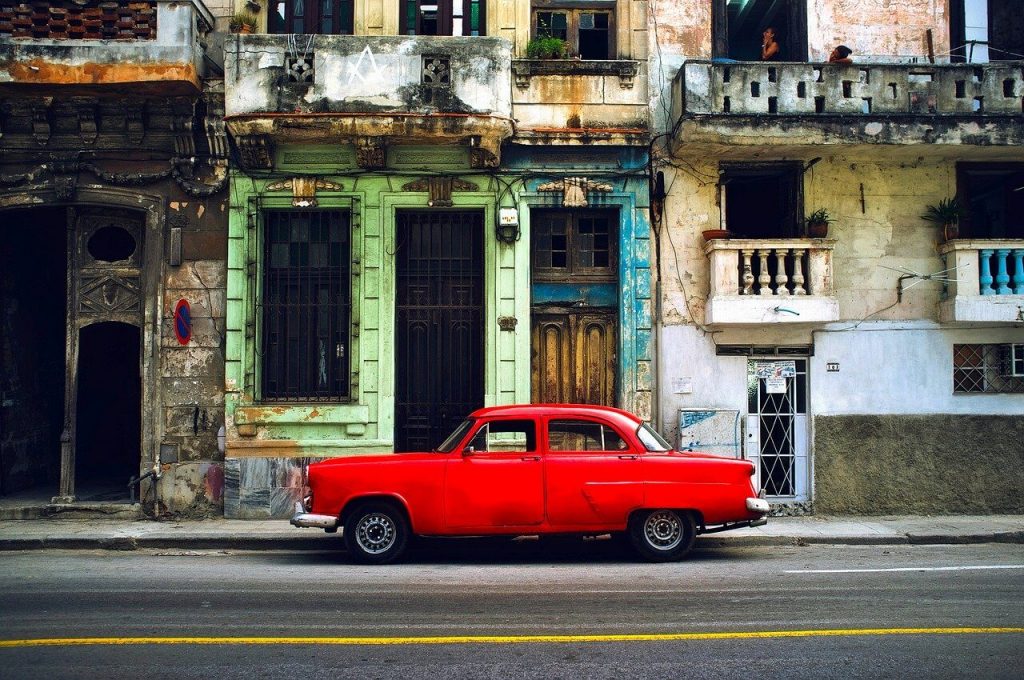 Iceland has become a popular tourist destination, with over a million visitors visiting its shores last year. This is the perfect place to explore if you want to capture the most spectacular show on earth – the Northern Lights. Visit in winter to enjoy impressive snowscapes, go on a tour of the island and capture the geysers and sparse landscape. After getting in all shots winter, head to the blue lagoon and ease your tired muscles in the hot springs. The capital city, Reykjavik, is a must-see. For an alternative experience, why not visit in summer when the sun only sets for three hours in the day, giving you plenty of daylight to snap as many photos as possible.

Bhutan is a country where traditions still stand strong. The country’s national dress is still worn daily by citizens and the Buddhist religion plays a huge role in everyday life. The country wants to ensure that the traditional way of life is upheld, and that tourism is regulated, so charges a $250 daily fee for anyone visiting, although it’s important to remember that this often includes a guide and accommodation. From mountaintop temples, national parks home to tigers and a traditional way of life still being upheld in the capital city, you can capture authentic photos representing the culture of the land of dragons.

Japan has plenty of famous sites to capture, from the bustling metropolis and quirky costumes of the Harajuku district in Tokyo to the traditional geishas in Kyoto. Photography is big here and there are plenty of opportunities to take a quick snap. One of the most popular times to visit as a photographer is during the cherry blossom season in February and March. Tourists throng the country during this season, so prepare to get up early to get a clear shot with Mount Fuji in the background!

Iran is starting to become a popular destination for tourists. The country has opened up to tourism, and it is possible to travel freely (unless you have an American, Canadian or British passport, then you need to travel with a tour). Iran has many culturally significant sites, from the ancient city of Persepolis to the Azadi Tower in Tehran. Here you will be able to photograph Persian culture, including bazaars, teahouses and the everyday life of Iranians, that often isn’t seen outside the country. It’s important to adhere to cultural sensitivities and not take pictures of any prohibited items or military structures. Also always ask permission before taking pictures of local Iranians and remember that Iran follows a strict Islamic cultural code so be respectful when taking photographs of women.

Prepare to step back in time when you visit the streets of Havana. The cars are all relics from the 1950s, which have been lovingly restored, year after year, due to necessity. There’s nowhere else in the world where you could experience such a time warp. The best place to get some snaps of the locals and reflect on everyday life is the Malecon. This boardwalk, is where most Cubans hang out, go for walks and spend the evening with the family. Here you will be able to get some candid shots, all with the crumbling colonial buildings and iconic retro cars in the background.

If you want something that eludes the grandeur of old, head to the National Hotel, originally owned by the mob before the Cuban Revolution, there are tours available and you will have to request to take any images prior. There are plenty of colonial buildings in Cuba that have seen better days and make for special shots, but there are some buildings that still have their former glory, one is the impressive art deco> Bacardi building, which makes for a fantastic architecture shot if you are into all things 1930’s.

Thailand is the country that has it all, from a bustling metropolitan capital city, idyllic island escapes and diverse culture and wildlife. Start off with the bright lights of the capital’s Khao San Road, then head to the ancient capital in Ayutthaya Historical Park. Visit the popular islands to take shots of underwater marine life, the full moon parties, and a tropical paradise. Or head to the northern city of Chiang Mai, where you can take shots in the Elephant Nature Park Sanctuary of rehabilitated elephants roaming wild. The opportunity is endless!

Morocco is alive with colour, spices, and tradition. The bustling city of Marrakesh makes for the perfect spot to take in the winding streets of the souk with merchants selling their wares. If you can stay in or visit a Riad, many are complete with courtyard pools and intricate tiles and carving, which make for the ideal backdrop. But it’s not just Marrakesh, to achieve the best photos head to Chefchaouen also known as the blue city. The whole city is painted a deep blue shade which has made it famous on Instagram with travel bloggers.

Italy is a photographer’s dream. From the picturesque lavender fields of Florence to the ancient Colosseum in Rome. There is nothing that won’t take your fancy. Why not opt for Naples and go on a driving tour of the Amalfi Coast? Stop off at idyllic coastal seaside towns such as Cinque Terre, capture a snapshot of everyday life from the café culture, fishermen on their boats and quaint houses throughout the village. If you want to specialize in a topic, the obvious one would be food, snap away at plate after plate of fine Italian cuisine from fresh focaccia to lobster gnocchi.